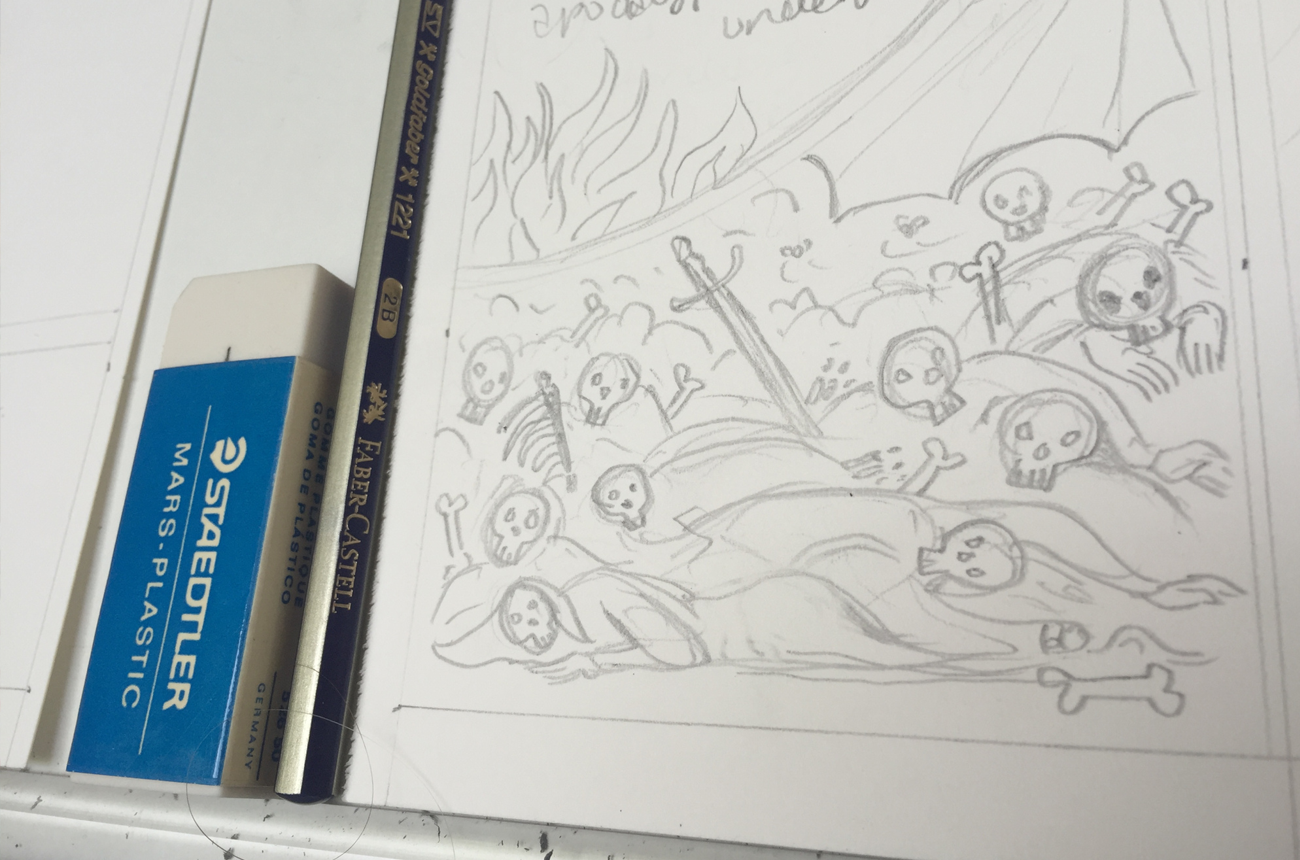 Newsflash. It turns out that looking at images of brutally murdered humans, torture and war for days on end is not nice and makes you sad.

I’m making a comic for ABC Digital about the Islamic State and it was all chuffing along rather well until I got to the part where I started researching the graphics. You know, pictures. Pictures of what Islamic State actually do.

And in the last week I’ve turned into a blubbering mess.

Honestly. I just called my Mum, who is a stained glass artist and knows a lot about drawing the apocalypse, in tears because I’d made the mistake of Googling ‘ISIS bodies’. Don’t do it. Just. Don’t do it.

I might be a sensitive petal, I have been called a bit over-emotional, but perhaps one should get emotional after seeing all that gore? Isn’t it only human to feel something for the lost lives of others? Shouldn’t we care that people are being killed in horrible ways for not very good reasons?

I’m trying to write jokes for Meanjin too — not a good idea when you’re simultaneously drawing beheadings.

So I’ve resorted to cartoony shorthand, which is a massive cop out, I know.

And now, I think I need to take a break from this. Get lunch. Somewhere with sandwiches and cheerfully ridiculous milkshakes. Topped with brownies.