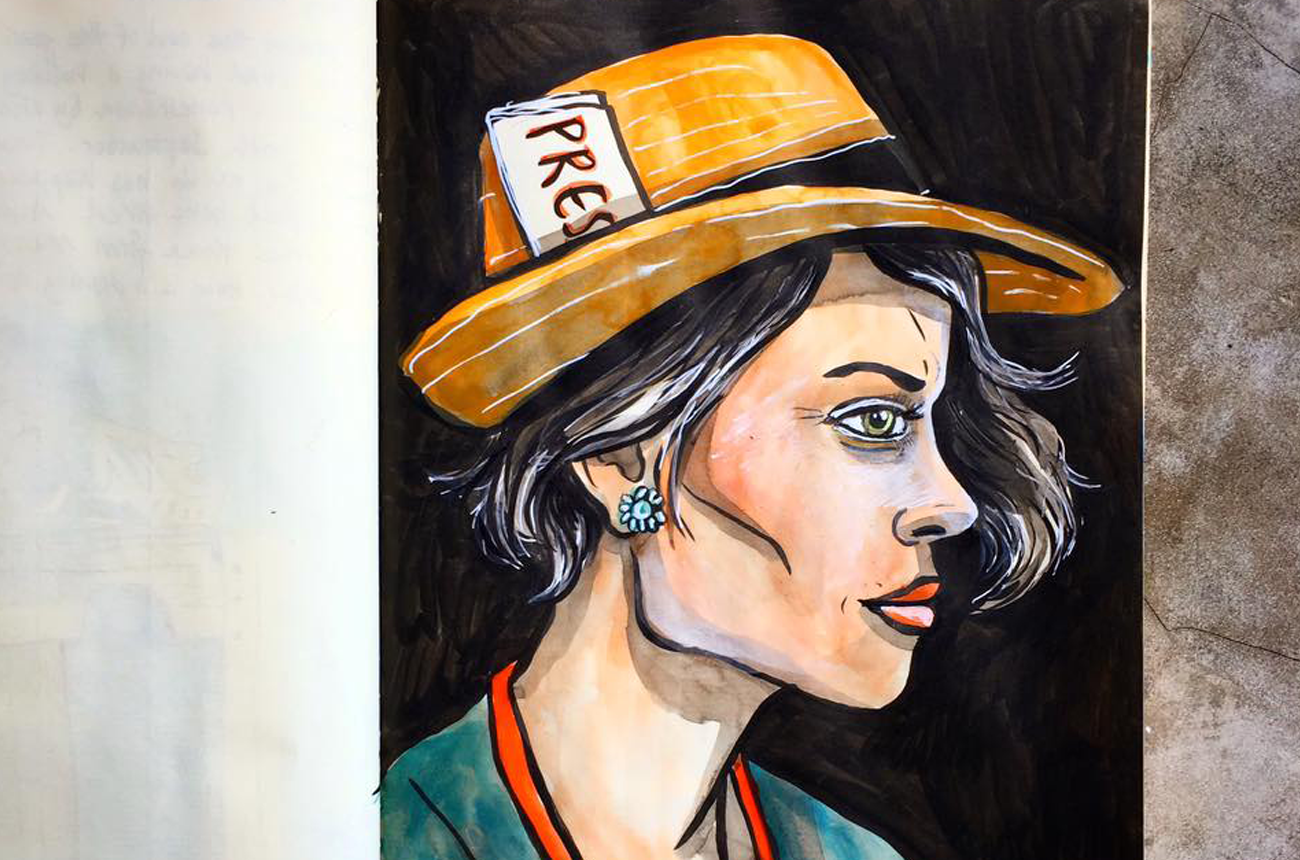 In the past 12 months I’ve moved continents to Portland, Oregon from Canberra, Australia, released a long-form non-fiction comic that was three years in the making, sweated my guts out workshopping 14 graphic novels at the Comic Art Workshop in Jogjakarta, Indonesia, and had my stand-up comedy debut at a sold out show in the ACT. It’s been FULL ON.

Plus I have that day job thing where I’m the Deputy Editor at The Nib. You know, where we publish a bunch of comics every day and ‘dabble’ in animation.

I’d like to think I handled it well, given all the pressure. I mean, I crossed the Pacific Ocean FIVE TIMES in 2017, so I was basically jet-lagged for the whole year.

But the reality is I worked basically every weekend until October and spent a sizeable chunk of time feeling like there weren’t nearly enough hours in the day to do all the things. But I did them. And I’d like to share some of them with you… Reported Missing. This is my magnum opus: a non-fiction true crime comic published on The Nib in seven parts about the Sue Neill Fraser case in hometown of Hobart, Tasmania. It was the first serialised piece from The Nib and took more than a year to draw because why not spend days of your life lovingly water colouring thousands of leaves? To make this comic I interviewed my high school friend Sarah Bowles about what it’s like to have your mum convicted of murdering your step-father, read trial transcripts, immersed myself in historic media coverage and sat in the Supreme Court of Tasmania drawing reference images for hours. You can listen to me talking about it on Portland’s OPB program, ‘Think Out Loud‘. Sue Neill Fraser’s appeal is ongoing at the time of writing and I am 100% thinking about updating it in book format if any one wants to offer me money to do that *thanks*.

The Comic Art Workshop. This year’s event with my beloved CAW team took us to Jogjakarta in Indonesia, where we workshopped a bunch of amazing graphic novels in the Krack! Studio and performed special Read To Me events at the Jogjakarta Biennial and the Ubud Writer’s Festival in Bali. It was crazy inspiring madness and I still don’t think I’ve processed everything, particularly the part where I wound up in a wheelchair in a medical facility mainlining anti-nausea drugs for a bacterial stomach infection.

This is About collaboration with The Nib. Early in 2017 I was approached by the late great Jesse Cox and the lovely Farz Edraki to produce a collaboration with the Radio National podcast series This is About, hosted by my friend Jordan Raskopoulos and produced by Jessica Bineth. The idea was simple, take amazing storytelling audio and use it as an inspiration to create a series of comics. For an ex-radio producer and sound junkie like me, this was a fabulous, fascinating and challenging project and I’m incredibly proud of the resulting pieces:

Jesse, who was a powerhouse of new media innovation, sadly passed away in December.

Thanks to everyone who I leaned on in 2017 to get the things done — particularly my team at The Nib: Matt Bors, Matt Lubchansky, Andy Warner and Sarah Mirk; the CAW crew; Sarah Bowles; all my friends and of course Tom, that guy I hang out with sometimes.

Here’s to 2018 being less crazy, but just as productive!