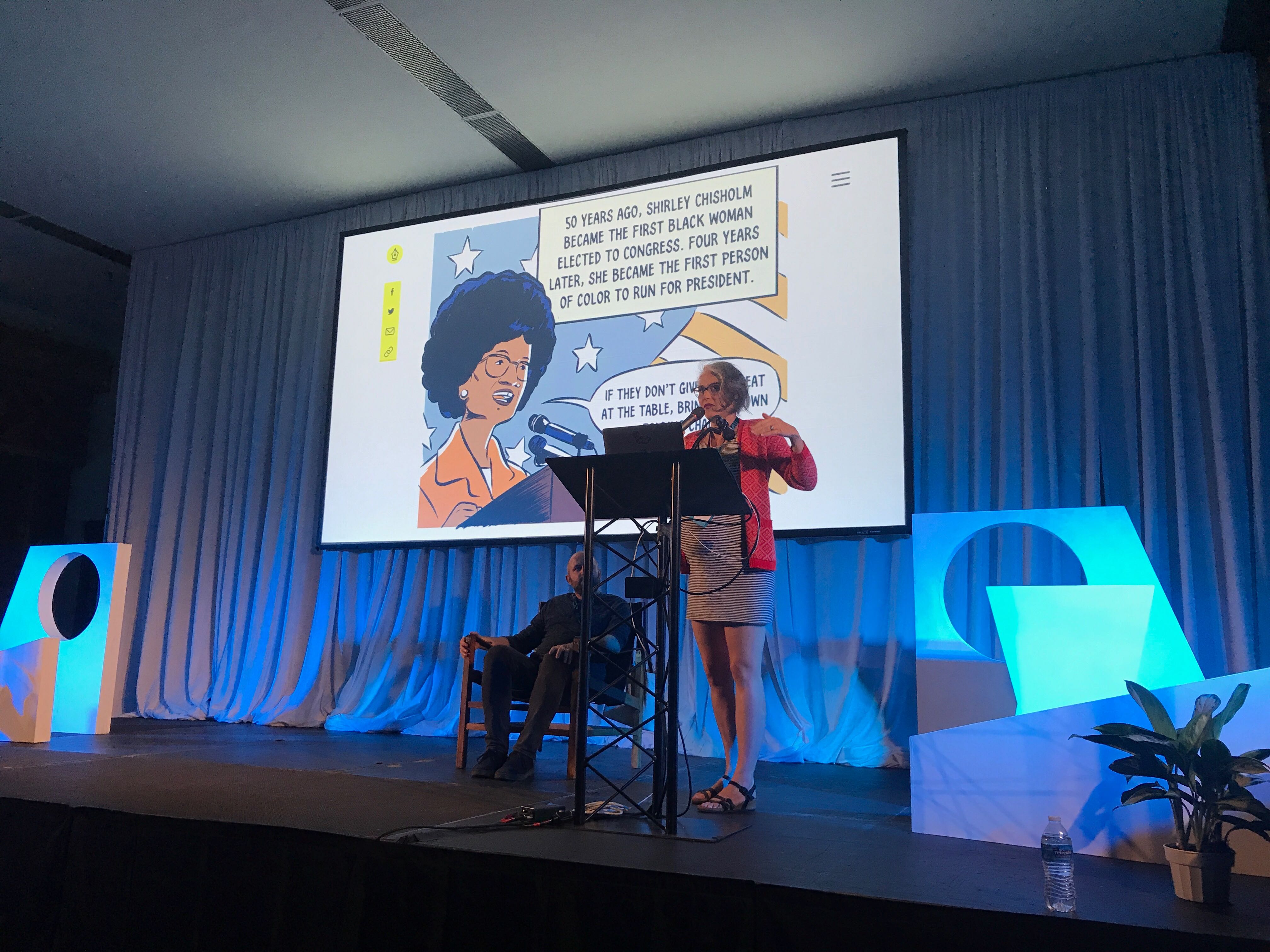 So I missed my annual, “Here is a giant list of things I did” post, for reasons that will soon become apparent.

But first, the highlights:

To kick off a wet and freezing January in Portland, Oregon, we held The Nib Summit. Andy Warner, Matt Lubchansky and Sarah Mirk all flew in to join Matt Bors and myself in a week long work intensive to map out the rest of the year. This included putting out a second animation season with Augenblick Studios for Topic, launching a magazine and membership program and continuing to run the best dang comics publication on the internet. It was full on, inspiring and extremely satisfying. I love these people.

In February, Mark Kaufman, long time Nib contributor and the new designer of The Nib magazine, flew up from Vegas to talk print design and layout with Matt Bors and I. We had a model publication that we wanted to replicate for style (Noble Rot, for anyone who cares) and ideas for the different sections, but we needed to work out the overall look. Honestly, we spent a lot of time just sitting around and talking and drawing squiggles in notebooks, which is really what we needed to do at that point. Also in February, there was another school shooting. As a Tasmanian, I’d been wanting to do a comic about the Australian experience with the Port Arthur massacre in 1996 for awhile. I wrote and drew this comic in four days, pulling an all-nighter at the end to get the comic out on a Monday morning. I wish it wasn’t still relevant.

At the same time as we were getting the magazine plans off the ground, the second animated Nib series was underway. The animation seasons The Nib produced with Topic were a heavy lift for our team, with Bors and Lubchansky effectively out for weeks at a time. I managed the website and publication schedule on a day to day basis, which was a hard slog without them, but I did find time to storyboard one animation written by Sarah Mirk. Having never drawn for animation, it was rather a steep learning curve, but I was super happy with the results. The Augenblick team are really quite amazing!

In May, I few to Canada to attend the Toronto Comic Art Festival. There, I had the pleasure of moderating a number of panels, including one on The Nib’s personal essay style comics — a comic that starts with the artist’s own story and expands out to be more issue based — featuring the excellent Maria Stoian, Whit Taylor, Ally Shwed and Isabella Rotman. Another panel I hosted was organised by my friend and fellow Australian, Caitlin Major, and called “Men in Comics.”  This panel of female and gender non-binary artists talking about men in the world of comics featured Iasmin Omar Ata, Shieka Lugutu, and Sanya Anwar. It was a huge hit. You can read a review and listen to the audio.

In July, we launched a Kickstarter for The Nib Magazine, which was funded in a ridiculously short period of time. The first issue was on the theme of ‘Death’, since we wanted to prove that print media isn’t dead LOL. The Nib’s membership program, The Inkwell, was introduced as part of that, with a new membership portal arriving shortly after the Kickstarter closed. It was a giddy time and I was extremely grateful to the contributors to the first issue, for their willingness to be experimented on as we worked out the logistics, Mark, of course, for his incredible design skills and eternal patience, Kjerstin Johnson, who copy-edited the spelling error riddled magazine, my great team as always, and the backers, who made going to print at the close of the campaign so much easier. In September, Matt Bors and I were guests at the XOXO Festival. They gave us time on stage to wax lyrical about comics and the internet at Trump and The Nib, which was crazy but also so much fun! I felt like Ali Wong in Baby Cobra, making jokes about Bors and Trump and hefting my giant pregnant belly across the stage with a microphone. Five hours after I left the show I was in labor.

The Nib Magazine’s first issue debuted at SPX and I wasn’t there for obvious reasons — which sucked — but Matt Bors came back to Portland to deliver “my other baby” to me in person. It was so emotional to see it finally realised — the Matts and I had been talking about making a Nib magazine for more than four years by the time it came out. There will always be a special place in my heart for Oliver Hibert’s rainbow coffin cover, with Mark’s now trademark die cut circles for the logo and title.

AND THEN ON MATERNITY LEAVE… I made a comic. It was mostly rewritten before XOXO, but I rewrote it after the mid-terms. Five pages of watercolour comics about women in politics for The Nib magazine’s Family issue, drawn when I should have been at home with my baby. The irony is not lost on me: ‘Support The Matriarchy‘.

So you’ll forgive my tardiness on this update. 2018 was a big year.