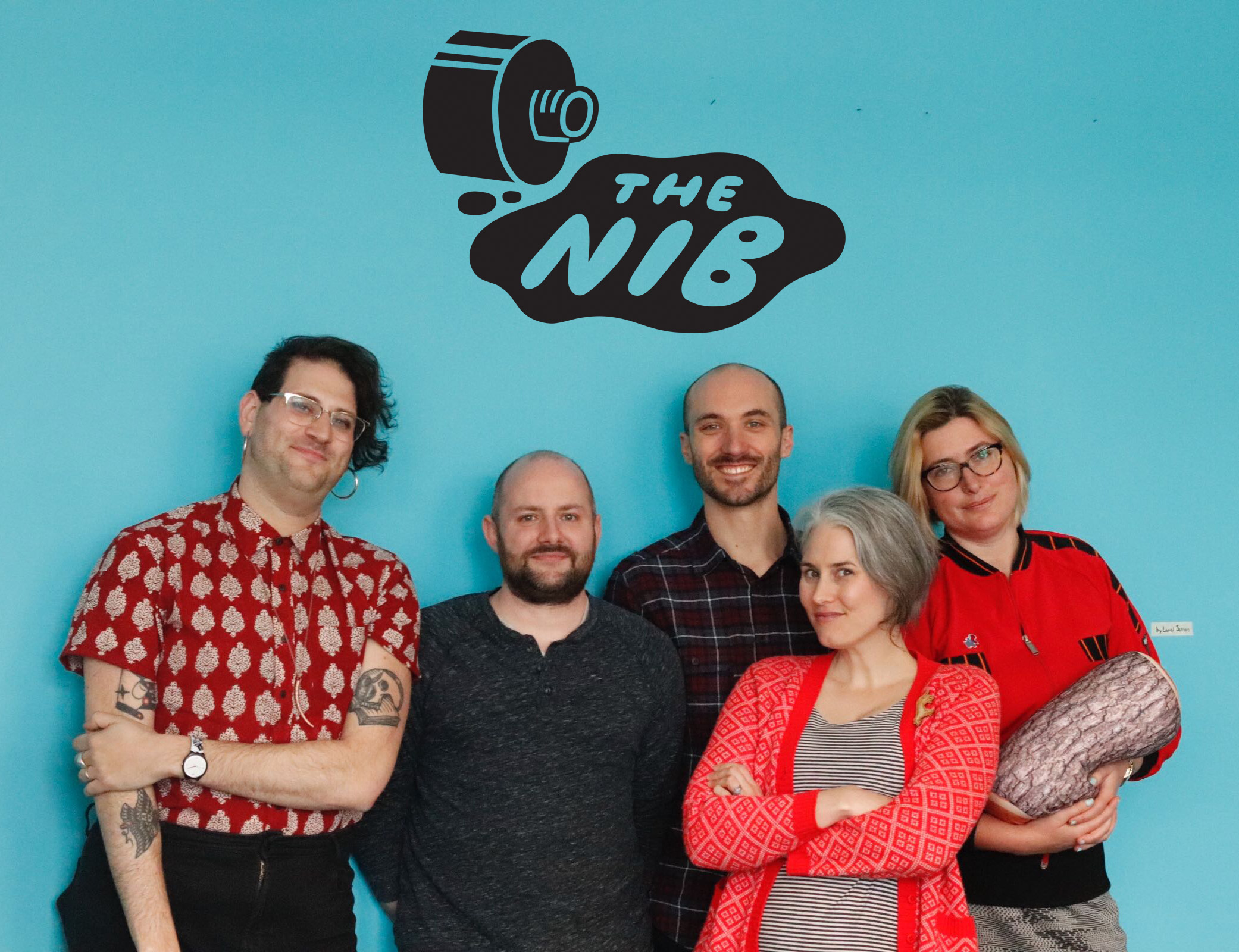 The first half of 2019 was pretty normal for me. I returned from maternity leave to manage the site over Christmas and New Year while everyone else on The Nib team took a well earned break. In January, The Nib family issue came out and we had another Nib summit, this time more focused on how we as a team were doing producing both a website and a print publication simultaneously. What were we doing well? What did we love doing? What was hard? What was… not good? We developed better systems for managing our work and talked through how our team is running, which is really important for a bunch of people who often toil on comics remotely. For me, work process has become a thing worth examining under a microscope. Having a baby at home has really curtailed my hours at the desk — shocking, I know. But it’s been kind of a big deal getting back into the flow of things. I now totally understand the productivity in small time periods parents have told me about before. You give me an hour these days and I can bust out a previously impossible amount of stuff… like illustrate the cover of a book my Dad wrote (just joking, that took WAY longer than a single hour).

My tiny family went to Australia and Indonesia in April on a baby tour, which was really useful in giving me perspective on my professional and family life. We stayed with some of our closest friends in Melbourne and watched their unruly home chaos unfold, mad rushes to feed kids and fold laundry that still managed somehow to emotionally and intellectually nurture both the parents and children. As we flew home, my partner and I discussed how we could make our home systems flow more smoothly to enable a better work life. High five to the air hostie who put Baileys in our coffee. Back at Nib HQ, we had made and printed The Nib magazine Empire Issue in the first few months of the year,  launching it on May Day at a party hosted by Books With Pictures in Portland. This issue was largely edited by Andy Warner, who is a powerhouse of non-fiction comics BTW, with the ‘Letter from the Editor’ by me. The issue was featured in The Tate gallery gift shop (pictured), which means I now get to say, “I AM IN THE TATE!”

At the launch party, I talked about working on my illustrated interview with New Yorker staff writer and author Masha Gessen. The actual comic is yet to be published online, but here are some WIP images for that. I worked in a different way to usual, creating a convoluted process that I hope to never again replicate. 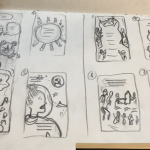 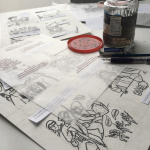 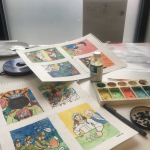 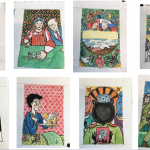 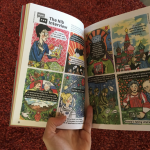 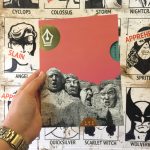 Then, in June, our parent company First Look Media announced that it would no longer be funding The Nib.

I was laid off at the end of July, just as the Scams issue — the last of the first volume of The Nib magazine — came out. I’m particularly proud of that issue. The scope of the work in there, the art, the final stages all pushed out at a time of great upheaval… it was something. My work for that issue included a collaboration with Julia Bernhard on vaginal scams, if y’all interested in such things, and a sweet dragon for the letters page. And now here we are. It’s September. I’ve made a comic for the upcoming Kus! DownUnder anthology. I’ve rejigged my website with the help of my brilliant and skilled sister. Written a couple of book pitches. Done some freelance editing on graphic novels for comics friends. Tried to figure out a new work process once more for a completely different style of working as a freelancer while caring part-time for my tiny human.

And I’m still contributing to The Nib.

Matt Bors is now recreating The Nib as an independent, member supported, publication. It’s STILL publishing. The Animals issue, Volume Two, Issue One, of the magazine is underway. You can support The Nib here and you should, because it’s an incredible project.

I’m so very proud to have spent the past five years as Deputy Editor, working alongside my team there — Matt Bors, Matt Lubchansky, Sarah Mirk and Andy Warner — has been the greatest privilege of my ill advised media career. I loved it.

Last month we were nominated for Best Web Comic in the Ringo Awards, nominated for a Harvey Award for Digital Book of the Year and nominated three times for The Ignatz awards for the magazine.

I’m heading to Washington DC tomorrow for the Small Press Expo in Bethesda. Please come by The Nib table and say hi!